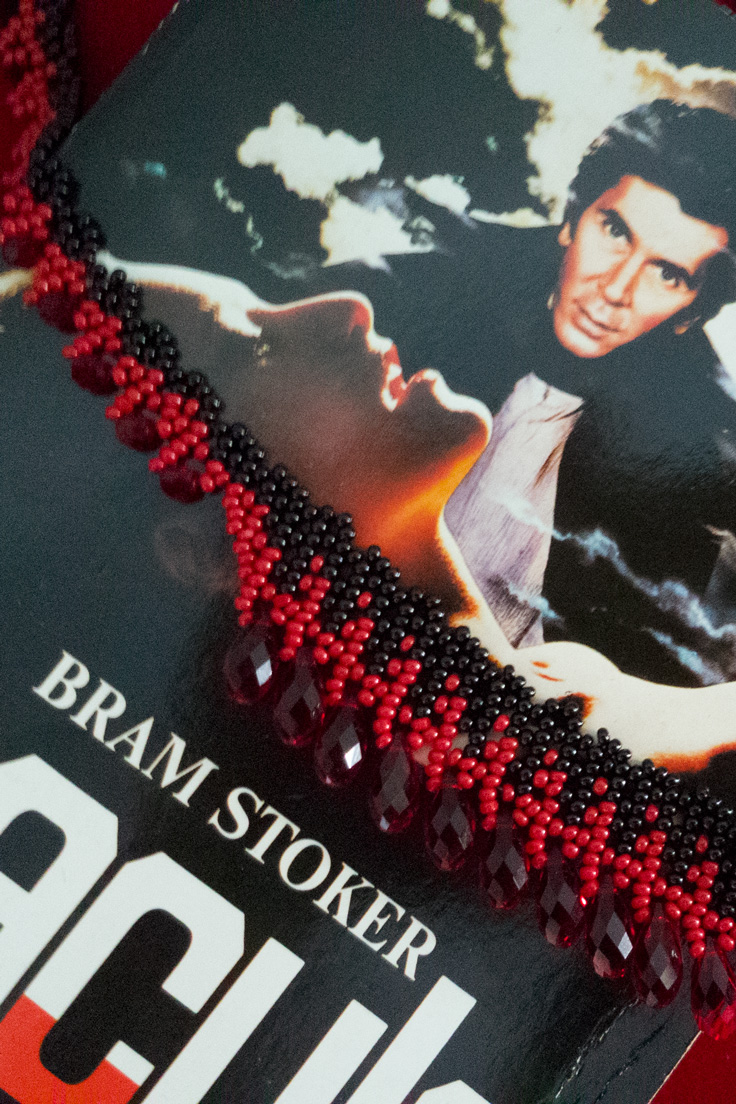 Why did vampires become the inspiration for ChrisCrafting’s inaugural jewelry collection?

I had always liked fantasy, sci-fi, and supernatural stories, but my fascination with vampires truly started sometime in the late 80s, when I saw the 1979 Dracula starring Frank Langella on TV. Need I say more? Frank Langella. As Dracula. I mean, look at the poster! I think it was his eyes that undid me. That intense look really made it easy to believe people could fall under Dracula’s spell. As well, unlike so many other Dracula movies, this one overall stayed fairly true to Bram Stoker’s novel. (See featured image.) Langella’s Dracula is, to this day, my favorite version of the Count.

From then on, I gobbled up what vampire material I could. Particular favorites are The Lost Boys, Blade, Underworld, and, on TV, Blood Ties. If you haven’t seen the latter, do! Kyle Schmidt is amazingly convincing as a 470-year-old vampire. I haven’t been able to catch up on newer offerings, but hopefully soon. In book form, I enjoyed Tanya Huff’s series on which Blood Ties was based, as well as Anne Rice’s Vampire Chronicles.

Eventually, I’ll create more jewelry collections, inspired by my other geeky, gothy, nerdy interests. But over the course of the next few months, I’ll be adding more pieces to my vampire-inspired Blood-Drenched Lace collection. Sign up for my email list below so you won’t miss these new releases, and get free US shipping on all future orders!

Please go to the Instagram Feed settings page to create a feed.